A draft bill related to making amendments on some laws prepared by the Ministry of Family, Labour and Social Services tries to take advantage of the Covid-19 pandemic in order to put into practice new censorship on internet and social media in Turkey.

Article 56 of the draft bill suggests to insert an Article 4 as an Appendix to the Law 5651, trying to impose on social network providers “the obligation to specify at least one person as a representative in Turkey and to submit the identity and contact information of this person to the Institution, the obligation to host in Turkey the data of users in Turkey, and the obligation to prepare reports in three-months period including statistical and categorical information regarding the applications for and the implementation of decisions on the removal of contents and/or block of access submitted to them” on the grounds that “not being able to find or finding very belatedly an authorized interlocutor in terms of content or hosting provider regarding the removal of or access to the illegal content on social media, and having problems with delivering declarations, notifications and demands by institutions and organizations of the Republic of Turkey to foreign-based internet actors”.

In case the social network provider does not fulfill the obligation to specify and submit a representative, its internet traffic bandwidth will be narrowed at the rate of ninety-five percent. An administrative fine of one million Turkish liras to five million Turkish liras will be imposed on the social network provider which does not fulfill the obligation to submit a representative to the Institution and to host in Turkey the data of users in Turkey.

First of all, there is no relation between the proposed regulation and the reasons stated in the draft bill's justification which includes “national security, public order, prevention of crime, protection of public health and public morality and protection of the rights and freedoms of others”. In a period when the whole world makes an extraordinary effort for the struggle with the pandemic, blocking and censoring social media platforms will on the contrary put public order and public health more in danger.

Again, a written statement by the European Council, of which Turkey is likewise a member, during the current crisis made a suggestion to governments of the member countries on taking measures during the current crisis proportional to the threat caused by the spread of the virus, on the protection of freedom of expression, protection of privacy and data, protection of vulnerable groups from discrimination, and respect for fundamental human right standards including the right of education, for democracy and for the supremacy of law.

In a period when daily data, the measures to be taken and press statements regarding the Covid-19 pandemic are published by many public institutions and by the Minister of Health Fahrettin Koca himself on social networks such as Twitter etc. in order to reach more citizens, a censorship to be brought by the aforementioned draft bill by taking advantage of the situation is against the principles of the speech of freedom, right of privacy, privacy of communication, which are clearly guaranteed by the Constitution.

In our age when the internet permeates in all aspects of life, a life without network/internet cannot be imagined and the access to information is of foremost importance, the censorship to be brought on social media platforms is devoid of any explanation and justification!
We demand that this draft bill regarding censorship on social media platforms is withdrawn and the shameful law no. 5651 which has now turned into a censorship law is redrawn by a commission established together with the civil society organizations which are active on this topic.
We call all internet and social media users and actors to raise voice for free access to an uncensored internet and social media in our country. 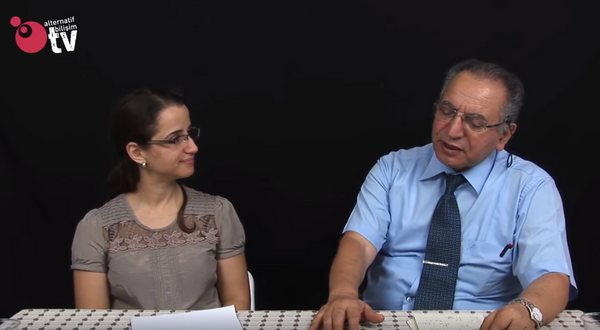